Three large physician groups joined a class action lawsuit against Cigna Corp, arguing that there has been intentional underpayment of medical claims submitted by patients for services covered through MultiPlan, the nation’s largest third-party network. 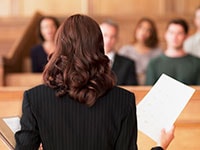 At issue are claims involving the firm MultiPlan as an intermediary. Cigna had not responded to Medscape as of Tuesday afternoon to multiple requests for comment.

According to the legal complaint AMA and the two state medical societies joined, MultiPlan has contracts with more than 1.2 million clinicians. Under these agreements, medical professionals agree to accept a set percentage of billed charges as payment in full, while not holding patients responsible for the difference between the original billed charges and the discounted rate.

But the complaint alleges that MultiPlan failed to stick with that bargain. In a statement, AMA President Jack Resneck Jr, MD, said the physician groups joined the legal action “to shed light on Cigna’s misconduct and create remedies so that patients and physicians can look forward to getting what they are promised.”

Resneck said Cigna’s approach “is riddled with conflicts of interest and manipulations that routinely shortchanged payments to MultiPlan Network physicians and interfered with the patient-physician relationship by ignoring the MultiPlan contracts and making incorrect statements to patients about their liability for the unpaid portion of the billed charges.”

According to the complaint, Cigna used a company called Zelis to “unilaterally re-price” claims at an amount far lower than that called for by the MultiPlan Contract. The three cases cited in the lawsuit stem from a 2017 spine surgery in Washington and 2018 orthopedic and 2020 breast reconstruction surgeries in New Jersey. The decisions to ignore the previous agreements and cut the reimbursement led the physicians involved to eventually bill patients for some of the money in dispute, according to the complaint.

Shared decision-making tool may reduce opioid use after hand surgery

“The providers were left in a very untenable situation,” D. Brian Hufford, an attorney involved in the case, told Medscape Medical News. “Their only choice was to go after the insurance company and sue them or they have to go after the patient. That interferes with the patient-doctor relationship.”

Hufford, who’s a partner at law firm Zuckerman Spaeder, said that these kinds of cases fall beyond the protections provided by the No Surprises Act. Plaintiffs in these cases were enrolled in what are called self-insured plans provided by employers, through which they were supposed to be allowed to seek out-of-network care.

Highly concerning are the messages that insurers send to patients through explanation of benefits (EOB) statements, Hufford said. Thus in this case against Cigna, physicians and patients have the “same interest in trying to make sure the insurance companies are paying the appropriate amounts for these services,” he said.

Cigna “is telling the patients that the provider has accepted something, and that the patient does not have to worry about paying for that, when in fact that’s not true,” Hufford said. “That goes beyond merely not complying with the plan documents, but also engaging in conduct that we believe was inappropriate.”

Kerry Dooley Young is a freelance journalist based in Miami Beach, Florida. She earlier covered health policy and the federal budget for Congressional Quarterly/CQ Roll Call and the pharmaceutical industry and the Food and Drug Administration for Bloomberg. Follow her on Twitter @kdooleyyoung.

Hard Work and a Faithful Network