A Charlotte, North Carolina-based internist is facing federal charges for her role in defrauding Medicare and TRICARE in a durable medical equipment (DME) scheme.

According to a federal indictment, throughout 2019 and 2020, Sudipta Mazumder, MD, worked as an independent contractor for a Delaware-based telemedicine company. During this time, Mazumder signed a series of fraudulent orders for medically unnecessary DME, specifically knee braces. 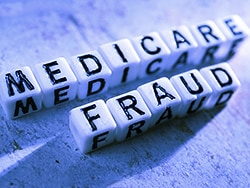 With the submission of each order, Mazumder asserted that she determined the need for the braces through medical examination of each of the Medicare and TRICARE beneficiaries. However, federal authorities claim that in most cases she not only had never performed examinations of any of the said beneficiaries but also had little to no interaction with them at all.

Following each submission, the telemedicine company would send Mazumder unsigned orders for the orthopedic braces. She would then sign and return the orders in exchange for $20 for each assessment she had performed. Authorities allege that thousands of fraudulent reimbursement claims were submitted to the federal health insurance programs, totaling approximately $11,436,873.

Growing Together at 12 Stones

Her initial appearance is scheduled for July 12, 2022, in federal court in Charlotte.

According to the North Carolina Board of Medical Licensure, Mazumder obtained her license to practice in the state in 2006 and it expires in October 2022. She is featured as an employee of Carolina Medical Associates, located in Charlotte, on the practice’s website.

How To Make Yogurt in an Instant Pot (Step-by-Step)