A 49 year old athletic man presented with pain and stiffness of his left dominant shoulder after an arthroscopic debridement 10 years prior. He was ASA I with a BMI of 26. His Simple Shoulder Test (SST) score was 6 positive responses out of 12. In contrast to other scoring systems, the benefit of the SST is that it identifies the specific functional impairments of the shoulder; in this case:

shoulder not comfortable at side,

shoulder did not allow comfortable sleep,

inability to reach the back to tuck in a shirt, 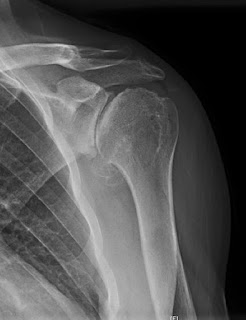 The axillary view showed the humeral head to be posteriorly decentered on a biconcave glenoid. 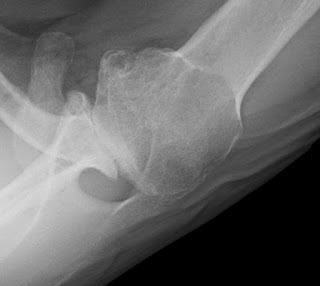 Because he wished to avoid the risks and limitations of a prosthetic glenoid component, he elected to have a ream and run procedure. CT scans and preoperative planning were not used. A general anesthetic was used without a brachial plexus block. His glenoid was conservatively reamed to create a single concavity with a diameter of curvature of 58 mm. A 12 mm canal-sparing stem was secured with impaction autografting. An 56 mm diameter of curvature, 21 mm thick, anteriorly eccentric humeral head was used to optimize posterior stability. A rotator interval plication was used to manage excessive posterior translation. See How to do a ream and run arthroplasty. 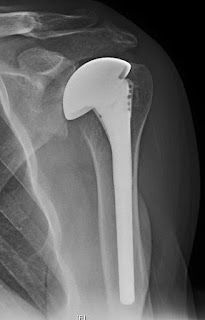 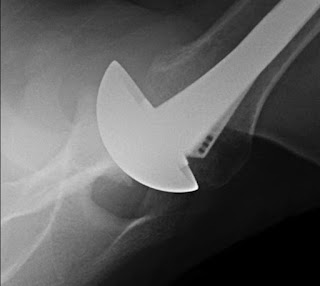 His four year postoperative films showed stability of the stem and glenohumeral relationships without glenoid wear. There was no evidence of stress shielding, subsidence or loosening of the stem. He had full motion and function of his shoulder with a Simple Shoulder Test indicating the ability to perform all twelve functions. 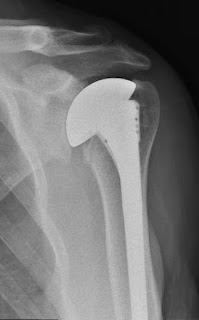 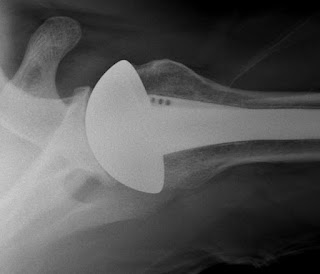 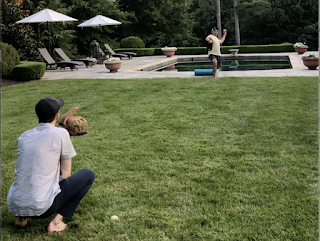 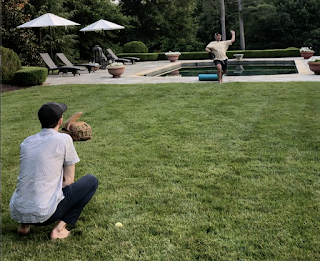 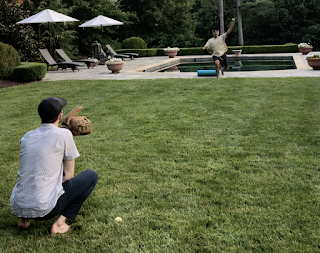 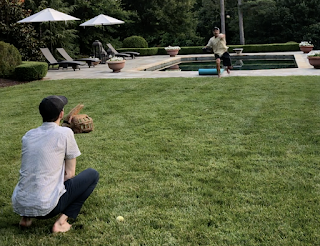 It is worth noting that while this patient had many of the risk factors for a Cutibacterium periprosthetic infection (young male, low BMI, low ASA), he fortunately has shown no evidence of this complication. At the time of his surgery, prophylaxis consisted of chlorhexidine showers before surgery, chlorhexidine skin prep,  ceftriaxone and vancomycin intravenous antibiotics as well as topical in-wound vancomycin at the time of surgery.  Now patients at high risk for Cutibacterium PJI would be considered for additional prophylaxis, such as povidone-iodine irrigation and a three week course of postoperative antibiotics such as Doxycycline or Augmentin.

Most hospitals do not meet price transparency requirements for TJA

Cervical intradural disc herniation in a patient with cervical ossification of the posterior longitudinal ligament: A case report and review of the literature

Tuna Poke Bowls – Once Upon a Chef

PAs Size Up the Certificate of Added Qualifications Credential

Cervical intradural disc herniation in a patient with cervical ossification of...