On the night of March 4, there were two hours of uninterrupted bombings in Izium, Ukraine.

As the bombings grew closer, Tatiana huddled with her two young boys in the basement of their home and prayed. But not the prayer you might imagine.

In her words, “I asked God that if it was time for us to die, we could die all at once, so that nobody would be left to suffer.”

That night, over half of Izium’s residential buildings were destroyed, and Tatiana’s home was badly damaged.

Listen to what Tatiana and her husband Bogdan say happened next. Take a look—

Bogdan and Tatiana met as teenagers.

Bogdan attended church until about age 13 when he became independent. Following the path of many of his peers, he started making rough choices that could have ended in prison or worse, but God was still pursuing Him.

“I really see that without God’s help, I’d probably not be alive because of how I lived. Thanks to God working in my heart, I have been saved. Through all this, God prepared me and gave me a chance.”

Through the influence of their local church family and the faithful mentorship of several believers, they learned about Jesus and eventually committed their lives to Him. Their marriage has been a picture of grace and growth.

In 2021, Bogdan was introduced to Lifesong when he was invited to come be part of the farm team.

“And now,” Tatiana explains, “it’s both our duty and privilege to help guide other people.”

Little did they know how God would use this desire to help at a critical time in Ukraine’s history. 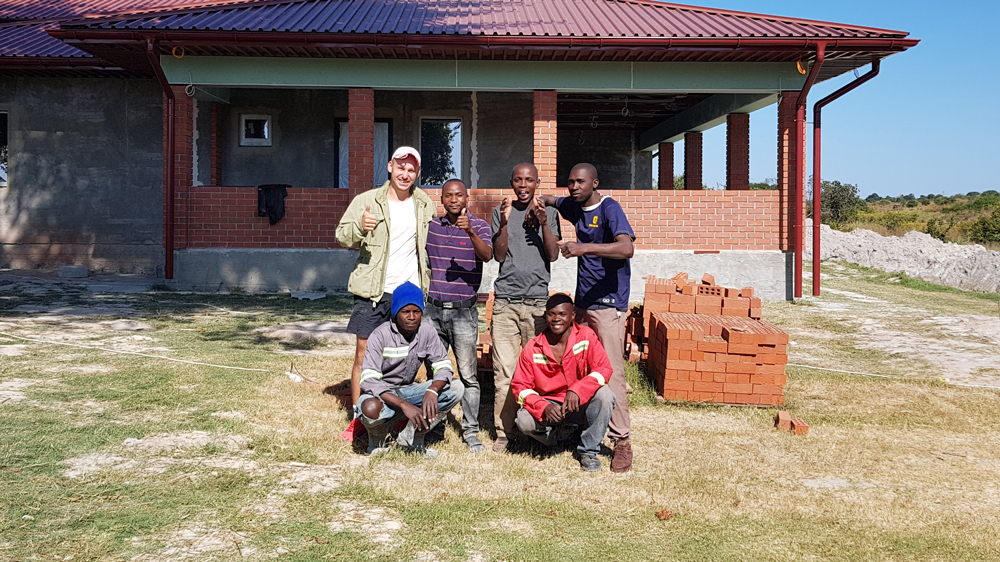 Bogdan was out of the country when the war broke out.

When the bombings began, he was in Zambia, training at another Lifesong farm.

“I didn’t really believe there was going to be a war,” he says, “Six days after I left, I found out from the news that the war had started. It was hard. That first week was very hard.”

Likewise, news of the war was equally shocking to Tatiana—

“On the morning of February 24, Bogdan’s father knocked on our door at around 5:30. I had no idea what was going on and who it could be. I opened the door and Dad said, ‘Pack your bag. The war started.’” 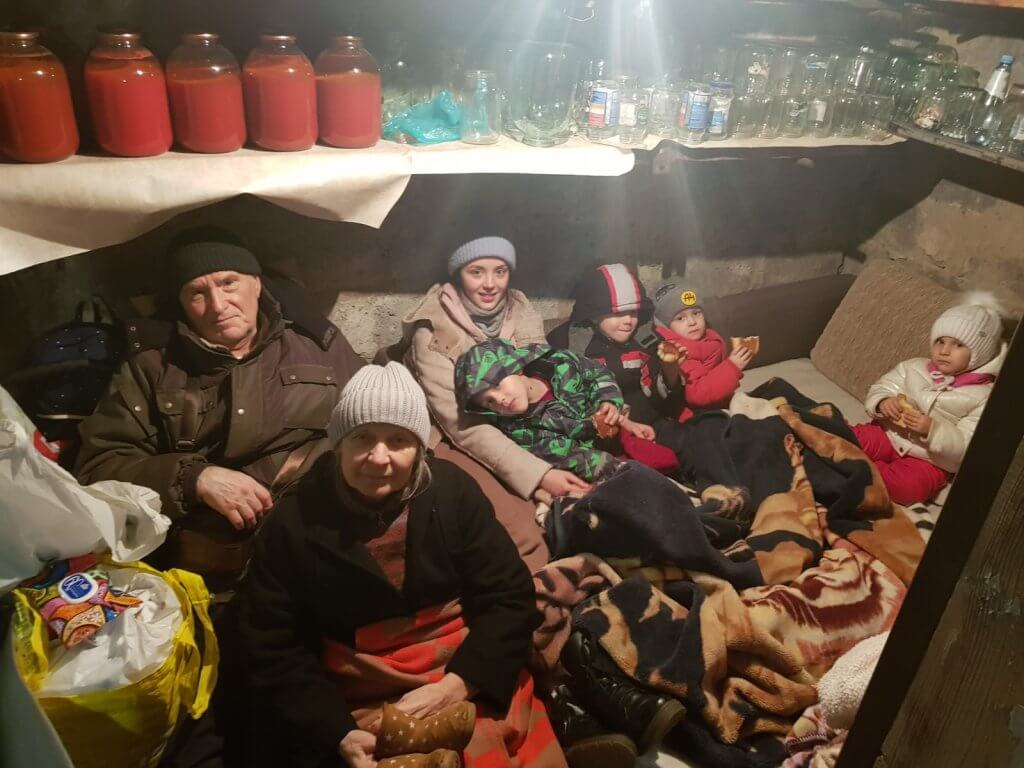 So Tatiana and her children left the home they knew and loved.

“We went to my parents’ house nearby because they have a reinforced basement. There were 15 of us there—five ranging from 6 months to 6 years.”

We cried in those moments because we were scared, and we also cried because we felt God. We felt His presence.

Bogdan was still out of the country, desperately wishing he could get to his family.

“For me, the hardest moments were when I couldn’t get in touch with them. They’d go down to the basement during the bombings, and there would be no connection. I’d find out from social media groups that bombings were starting in Izium. I almost didn’t sleep at all. I’d get out of bed, kneel, cry, and pray.”

That night, Tatiana knew it was time to leave Eastern Ukraine indefinitely.

So, eight people huddled in a tiny car—four adults and four kids.

Russian troops were nearby, and they couldn’t take the highway. So they went through the woods, no idea what might await them there.

“We didn’t care about comfort. We didn’t mind the kids misbehaving.”

Because of the number of people trying to leave, it took them three days to travel 1,000 km (600 miles). But the farther they got away from Izium, the easier they breathed.

Tatiana and her children made it to Western Ukraine.

“The first night there, you begin to see everything differently. You notice every little thing. You thank God for—

Everything that happened made me notice the blessings that surround me.”

By God’s grace, during this time, Bogdan was finally able to reunite with his family. 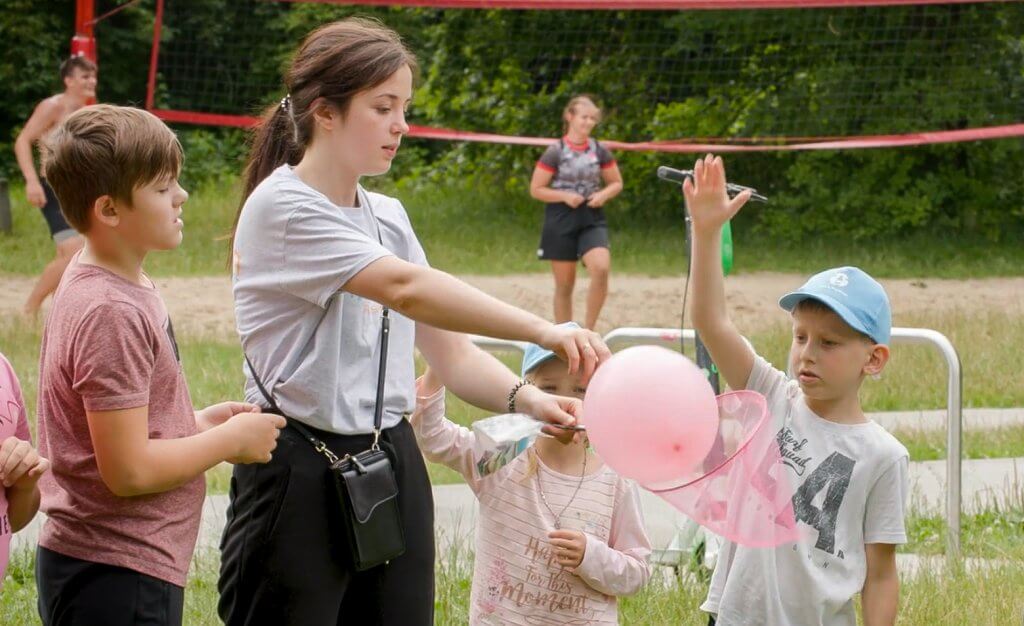 Today, Tatiana, Bogdan, and their boys are living in Poland.

And now, they just want to serve God.

In Tatiana’s words, “I see things differently now. I’m not attached to a place. I thank God that we are alive.”

So they’re faithfully serving Ukrainian refugees alongside our Lifesong team.

This summer, Tatiana served children at a camp for kids from Ukraine currently in Poland. Bogdan invested his summer doing economic and organizational projects for the ministry.

Millions of Ukrainians have poured into Poland in the last few months to find refuge from the bombings. And praise God, through existing relationships in Warsaw and international travel at the time of the conflict, our team is uniquely equipped to meet their needs. 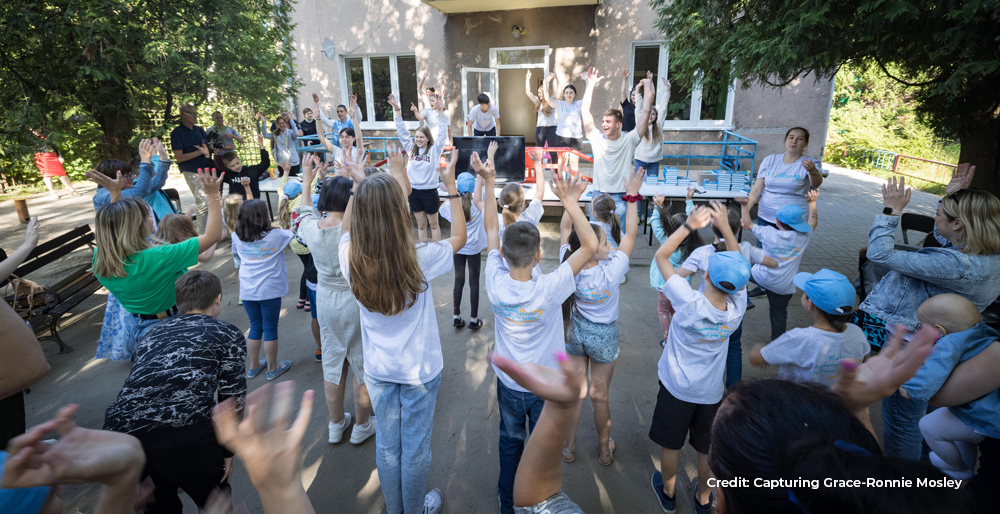 Seeing these needs, our team has created a 3-step program to bring holistic, Gospel-centered to these vulnerable children and families.

Immediate Care: Our team meets refugees at the border and provides temporary housing ranging from a few days up to one month. In this time, we help them gain their footing and determine their next steps.

It’s our hope and prayer that our team’s support will help keep families together and prevent children from becoming orphaned.

Your part in this story

Being displaced can make families fragile. Children who were once supported by two parents are now being raised by just one, placing incredible pressure on that single parent. Even more, some children make the trip entirely alone, putting them at extreme risk of trafficking and exploitation.

With support from people like you, our team is meeting refugees at their most vulnerable and giving them the Gospel hope they need.

Would you pray and give to help make this hope a reality for refugees like Bogdan and Tatiana?

Thank you for being an important part of this story.

The ream and run for severe anchor arthropathy in a young athletic man.

Compassion for the World Around Them