The concept of the “impingement syndrome” and its treatment by acromioplasty (aka subacromial decompression, SAD) were introduced 50 years ago (see this link).

The authors of On Patient Safety: Shoulder “Impingement”—Telling a SAD Story About Public Trust point out that acromioplasty quickly became one of the most commonly performed orthopaedic procedures; its usage increased five-fold between the 1980s and 2005 in the United States. However, evidence progressively accumulated that acromioplasty might be no more effective than physiotherapy. And the concept of “impingement syndrome” became recognized as a waste-basket term that included such diagnoses as  bursitis,  cuff tendinopathy, rotator cuff tear and  biceps tendinitis. 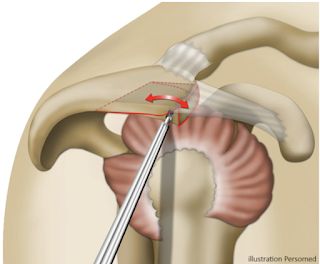 The author goes on to point out that acromioplasty remains one of the most frequently performed shoulder surgeries in the world. In considering why this might be, he suggests that surgeons trust their own “experiences” with an operation more than randomized clinical trials. While experience do matter, a surgeon’s experiences suffers from follow-up that is short, does not include standardized data collection, and does not include the large percentage of patients in a surgical practice do not return for follow-up. This is in contrast to the  FIMPACT trial that followed 81% of enrolled patients for 5 years and evaluated them using validated endpoints that matter to patients. Finally, the author points out that “procedures that carry greater risk (like shoulder surgery) should be superior to interventions with little or no risk (like shoulder exercises), and certainly superior to placebo interventions (such as the diagnostic arthroscopy performed in their controlled trial).

Because it is a major intervention with associated costs and risks, each surgical procedure requires solid evidence that supports clinically significant benefits in comparison to more benign approaches. Such support for acromioplasty does not appear to be present.

Blueberry Donuts Made With 5 Ingredients

How Allergies Can Be Managed in Exercise and Sport